Home » Beat The Cowboy Builder Blog » ‘Not my fault so why should I have to pay?’ Net Contribution Clauses. 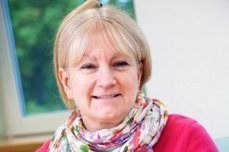 In the recent case of West & West v Ian Finlay & Associates [2013] EWHC 868 (TCC) the judge considered the validity of a net contribution clause in the professional appointment of Finlay & Associates (F&A). This related to building works that Mr and Mrs West had carried out on their home.

Net contribution clauses aim to ensure that a party only pays that portion of a damages award that can reasonably be attributed directly to its own default (its net contribution to the loss). Such clauses are increasingly appearing in professional appointments.

Superficially it sounds like a pretty reasonable premise. Surely it is only fair that parties can limit their liability to the extent of their culpability? However, when you start to look at what this type of clause could mean to the client under the appointment (which could of course be the main design and build contractor) the pitfalls become apparent.

A party who has suffered damage will usually pursue the party they hold to be most culpable. Other parties that may be implicated will then usually be joined in the action as jointly and severally liable for the losses. This makes the judgment fully enforceable against any of the defendants and leaving them to pursue contributions from the other parties.

The claimant will therefore have to work hard to get their damages but this is not necessarily their worst problem. Consider the situation where one or more of the culpable parties ceases to exist, insolvency being the most likely cause. A hole is left in the safety net and no one else is required to fill it. The claimant will be left out of pocket and with no recourse.

The clause considered by the court in West v Finlay stated: “…our liability for loss or damage will be limited to the amount that it is reasonable for us to pay in relation to the contractual responsibilities of other consultants, contractors and specialists appointed by you.”

The contractor, to whom at least a portion of the blame for the Wests’ losses attached, had become insolvent.

The judge found that this clause was effective and was not unfair as defined by the Unfair Terms in Consumer Contracts Regulations 1999 (Regulations). However, it was poorly drafted causing doubt as to its true meaning in the particular circumstances. This meant that under the regulations he was required to interpret it in the way most favourable to the consumer, which he did.

Thus on the particular facts of this case the Wests did not suffer any financial detriment as a result of this clause, but the judge’s ruling suggests that had the clause been more clearly drafted such that it allowed a portion of liability to attach to the now defunct contractor, then they could have found themselves unable to recover a significant proportion of their damages.

It may seem only fair that each party only pays for the part of a loss that it causes but is it right to allow that to be achieved at the expense of a third party who may have no culpability at all?

Think about this if you are presented with one of these clauses.

Something many of us will have very strong feelings about.

See on Scoop.it – Beat The Cowboy Builder Construction unions are calling for Crossrail and its main contractors to take... read more

Service Provider? You could be breaking the law…

Are you a Service Provider? A Builder? A Trade? You could be breaking the law. This blog is specifically for... read more

See on Scoop.it – Beat The Cowboy Builder A BASINGSTOKE pensioner who was driven to the bank to withdraw cash... read more

See on Scoop.it – Beat The Cowboy Builder Pellikaan (Construction) has been fined after an apprentice fractured his skull after... read more

How to Spot Rogue Electricians and Avoid Cowboy Builders

See on Scoop.it – Beat The Cowboy Builder Rogue Traders & Electricians You may not be able to check the background... read more