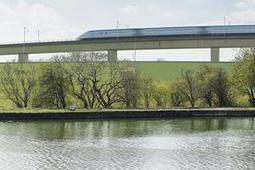 Exclusive: Government figures show spending across a raft of consultancy contracts has run 86% over budget

HS2 consultant spend on consultants working on the first phase of the project is currently running 86% over budget, government spending figures have shown, with the revelation set to bolster opposition to the £43bn project.

An analysis by Building of the Department for Transport (DfT) HS2 spending to the end of February 2014 has revealed that HS2 Ltd has overshot its allocated £101m budget for four lots of professional services contracts by £87m, taking the total spend to £188m – 86% over budget.

The overspending is on contracts on phase one of the project that are being delivered by a host of leading consultants, including Mott MacDonald, Parsons Brinkerhoff, Atkins, Arup, URS and Capita.

Last November, Building revealed that HS2 Ltd had overspent on its civil engineering contracts by £11m, but since then the cost of civil engineering has risen a further £20m to £90m – 53% above the original stated budget of £59m.

Building has analysed the spend on the three other professional services lots – environmental services, railway systems and land referencing – which are also all running over budget:

The spending data shows that the biggest overspend on a single contract was for environmental impact assessments on the line between Warwickshire and Staffordshire. The contract, part of the environmental services lot, was undertaken by Atkins and cost £20.2m – nearly four times its original £5.5m budget.

The figures also show spending on a contract for environmental services on the line through Buckinghamshire, Hertfordshire, Oxfordshire and Northamptonshire, delivered by a consortium comprising Environmental Resource Management, Temple Group and Mott MacDonald, has risen to £20.4m, nearly three times its £7m budget.

The overspend on the consultant packages is likely to prove controversial as spending on the HS2 project has come under close scrutiny, after the government increased the budget for the construction of the line from £33bn to £43bn last year.

Although the scheme continues to enjoy cross-party support at the national level, it faces fierce opposition at the local level, and the Labour Party has warned that it could withdraw its support if costs spiral out of control.

Responding to the £87m overspend this week, shadow transport secretary Mary Creagh said there could be “no blank cheque” for the project.

She added: “Labour amendments to the [HS2] bill forced the government to report annually on the cost of HS2 to ensure there is transparency on costs and that any overspend is explained.

“We are still waiting for ministers to tell us when the first report will be published.”

An HS2 spokesperson said HS2 “had so far been delivered within its overall allocated budget for the project” and the company was “on course to remain within” this budget for the current financial year.

The spokesperson declined to explain the overspend on consultants, but said that the consultants had helped “produce a scheme that has an implacable approach to environmental mitigation, with the correct balance of engineering design”.

However, Penny Gaines, chair of campaign group Stop HS2, said HS2 had “never had control of the budget”.

She said: “It is up to DfT and the government to ensure consultants keep to the budget allocated to them, but clearly they are failing on this.”

Richard Houghton, spokesperson for HS2 Action Alliance, another group that opposes the project, said it was “not the first time” HS2 Ltd had overspent and called for an independent review of its budget.

The DfT did not respond to a request for a comment.

See on Scoop.it – Beat The Cowboy Builder Builders across the UK celebrate the jobs and growth construction work is... read more

See on Scoop.it – Beat The Cowboy Builder Pellikaan (Construction) has been fined after an apprentice fractured his skull after... read more

See on Scoop.it – Beat The Cowboy Builder A worker has died at a cement works in North Lincolnshire. Police said... read more

Time to Change the Game

Changing the Construction Game. Beat the Cowboy Builder is changing. As times and events change one has to adapt and respond... read more